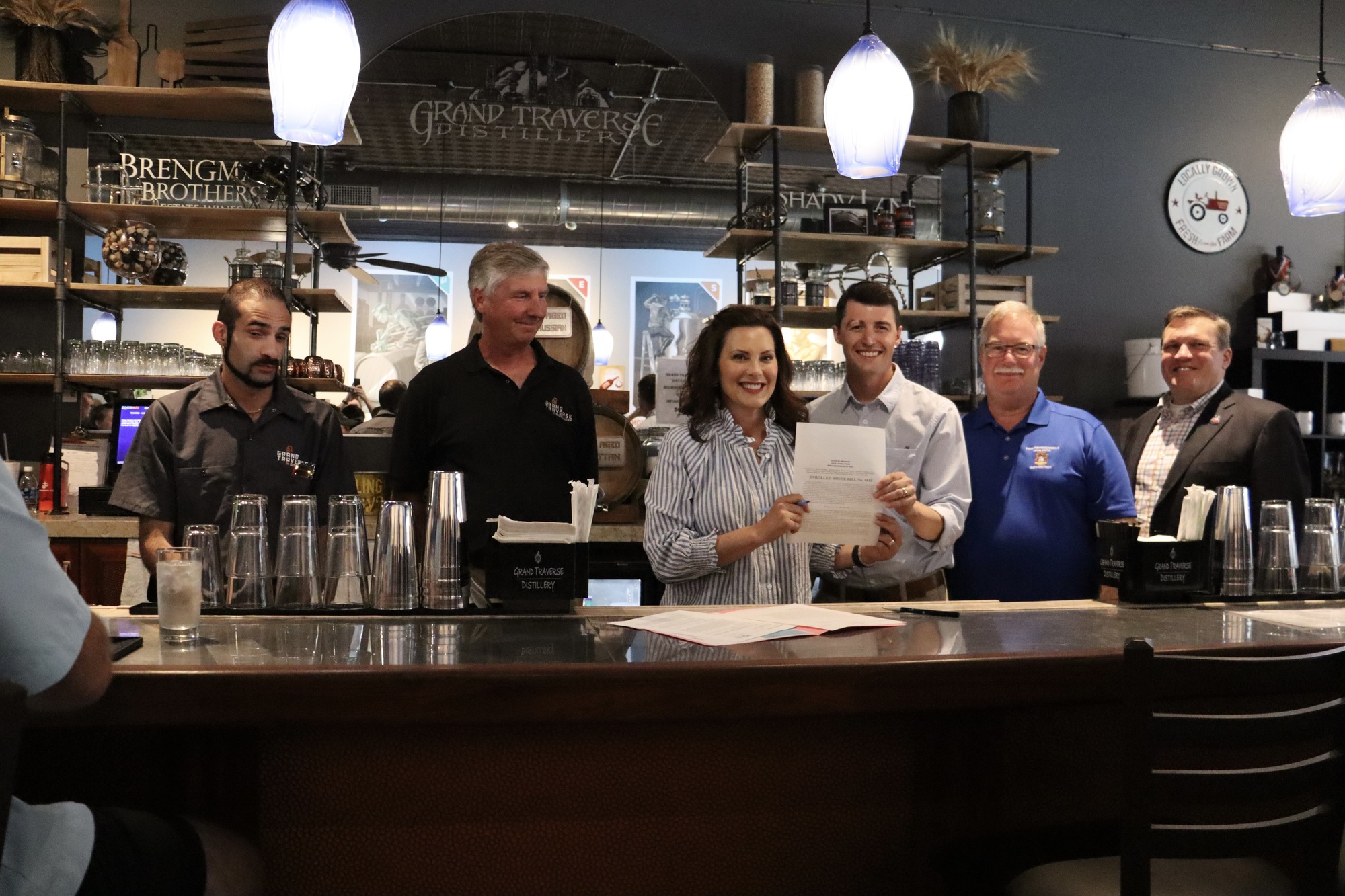 Earlier this summer, Governor Whitmer signed House Bill 4842 (above) which cuts costs for small Michigan distilleries and supports Michigan grain farmers by lowering mark up costs associated with the purchase of Michigan grain, increasing the number of bottles distilleries and produce while saving them and their customers money. It is the latest legislative change she’s made in recent years to assist small business distilleries in competing with other Michigan craft beverage producers as well as their distilling counterparts across the country.

Michigan’s craft spirit distillers are a key component of the state’s agricultural and processing industries, contributing more than $1 billion dollars in total economic impact and collectively utilizing more than two million pounds of Michigan grown grain and fruits in their products each year.

As part of the state’s thriving craft beverage sector, Michigan distilleries are also a vital component of community placemaking efforts and the state’s tourism industry.

Throughout the month, Michigan distillers join with Michigan consumers in support of the “craft spirits in moderation” concept and encourage adult residents and tourists in Michigan to visit the distilleries of our great state and enjoy Pure Michigan-made craft spirits and cocktails.

The Michigan Craft Distillers Association was formed in October 2014 as a non-profit organization charged with marketing the individual member businesses, their products and events, but also help bring a voice for the industry when it comes to legislative issues that affect the overall beverage industry.

MCDA currently represents nearly 40 craft distilleries with over 50 unique tasting room locations around the state, as well as a handful of distillery in-planning members and nearly 20 Allied members, providing goods and services to the distilling industry.